I have worked 432 MHz aurora from 4 different QTH'es, JO66EW, JO67AL, JO57XJ and JO67AQ. I have been using many different rigs, power and antennas over the years from 1978 up till now.

Today (from summer of 2016) I am using a 4x9 el yagai array fully steerable in azimuth and elevation. Todays rig is an IC-706Mk2G driving a SSPA with an BLF184XR device. The yagi array is depicted below as well as an description of the yagi and array design in an pdf-document. 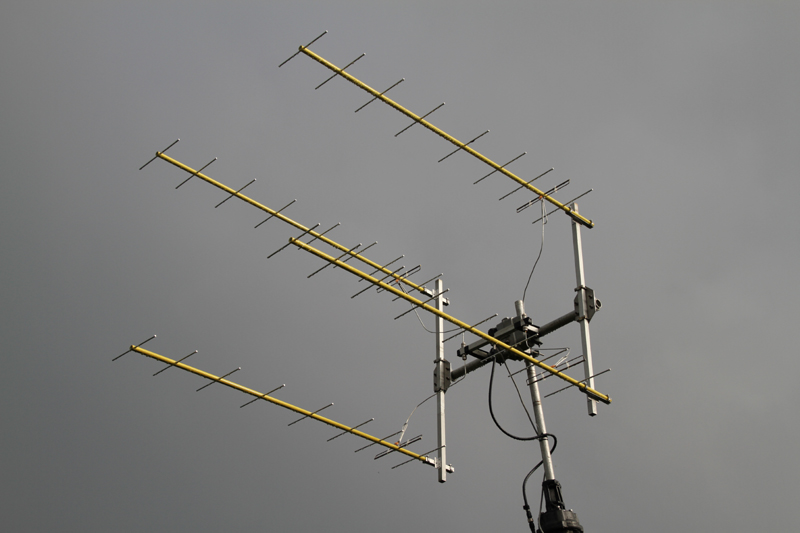 
My present QTH in JO67AQ is unfortunately on the south side of a hill and only 150 m from the steep southern slope of that hill. This means that I am shielded from auroras from about 270 degrees azimuth over north and to about 80 degrees azimuth. I need to elevate the array at least 20 degrees to clear the peak of the hill. In order to be able to work aurora it need to be quite far south so I can use the elevation to beam at the aurora. In the picture below the array is elevated 20 degrees in an azimuth of 40 degrees. 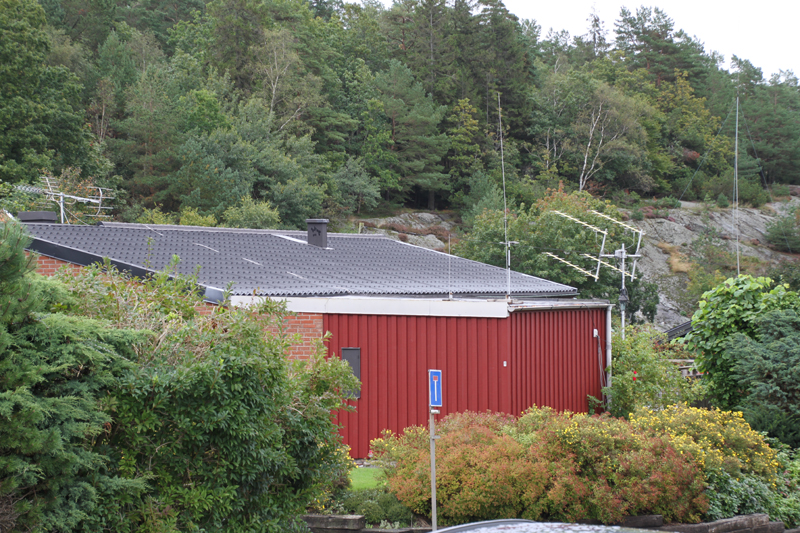 Aurora features you will experience on 432 MHz

The aurora signals on 432 MHz show some more dominant features compared to lower bands. There are still a lot of exciting things to learn about aurora on 432 MHz. I would appreciate to get your feedback and if you share your experience on the 432 MHz aurora features.

For some reason I have historically had most 432 MHz aurora openings starting at about 45 degrees azimuth. It might be quite natural, but I do not know, I have no explanation for that. The aurora can be both quite narrow and quite broad in beam direction for a specific station as well as shift quite much during an opening. This is true for both azimuth and elevation. As seen in the table below the azimuthal beam heading can be anything from 50 degrees to due north and probably also going west towards 280 degrees. Different stations might be heard in different directions at the same time during a opening. You need to constantly search with you antenna for different stations in different directions. There are probably three facors that determines your best signal strength beam heading for a QSO between two stations; the ionization of the aurora, the position of the aurora and the beam heading of the other station. Quite an complex matrix of combinations to satisfy.

The Doppler shift seems to have the possibility to be different in different beam headings during the same opening and at the same time.

I have not heard any beacons via aurora on 432 MHz recently. I think I have heard beacons at earlier times but I am not sure if I remember correctly. Beacons on 432 MHz are sometimes reported via aurora on the cluster but I am yet to hear one. Maybe we could make use of 432 MHz beacons specifically designed for aurora warning. What features would such a beacon need to have? Please come with your ideas!

Below I have some links to web pages that can help in predicting and detecting 432 MHz aurora openings. From Tromsö Geophysical Obervatory in Norway you can see graphs of the geomagnetic activity index. It displays three differnt measurement sites; Ny Ålesund at Svalbard, Tromsö in the north,   and Dombås in the south of Norway. This can give some guideance to when 432 MHz aurora openings can occur. On Spetember 8th, 2017, there was a good 432 MHz aurora opening that was quite far south. As you can see, Dombås had very high activity when the opening occured. 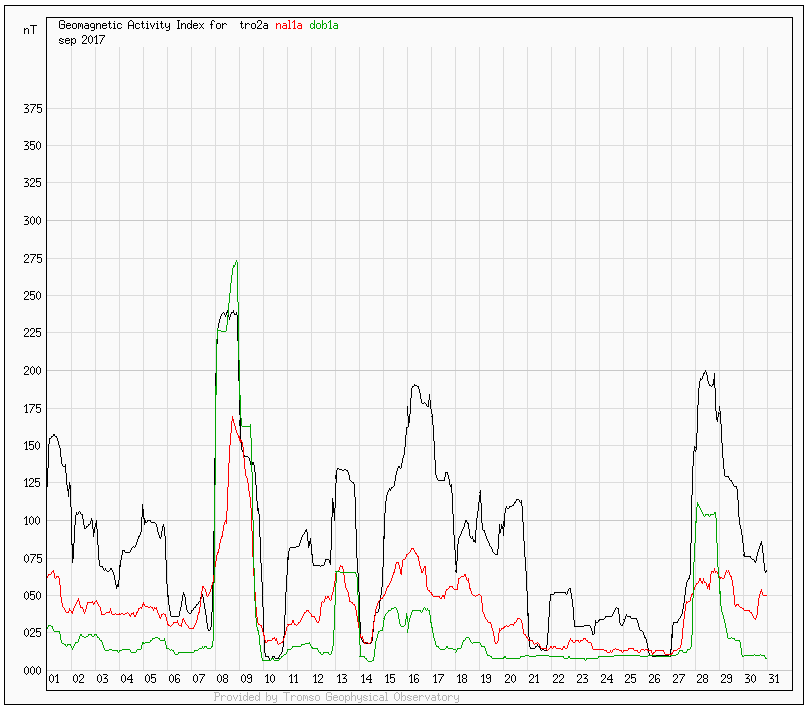 I use the following web sites to get information about the probability for aurora on 432 MHz.

Below is a summary of all 432 MHz aurora QSO worked by me over time.