This transmitter was designed and constructed in late 1977 and early 1978. The original design was made by SM6DJH and was for 144 MHz. I modified it to cover a part of the 28 MHz band.

The power output is about half a watt. 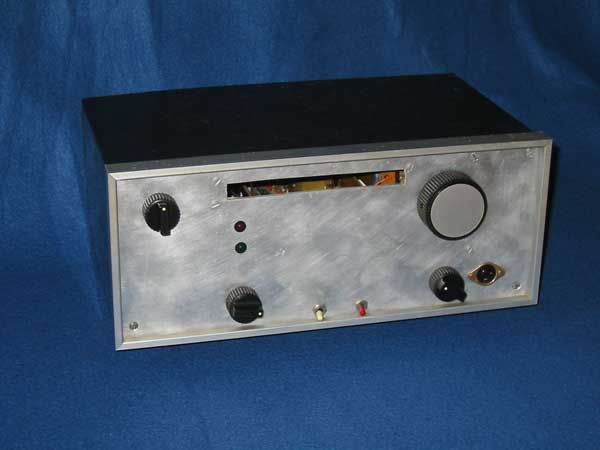 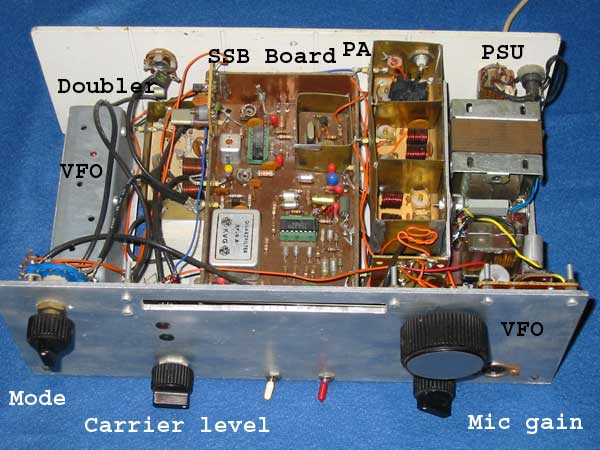 It was possible to use SSB, CW and FM. For SSB the "Carrier level" control was set to minimize the carrier and for FM and CW it was set to full carrier power.

This transmitter was used to drive the 28 MHz solid state PA described on this page. It has also been used to drive transverters to 144, 432 and 1296 MHz.

This transmitter has not been used since 1984, when I switched to a ICOM IC-751 as driver for my transverters.